Jaguars face many threats, including habitat loss, fragmentation—the breaking up of continuous habitat into smaller pieces — and poaching. The largest contributor to jaguar habitat loss is deforestation, and my recent research with academic colleagues and Panthera showed just how much forest has been lost and where. Alarmingly, the corridors used by jaguars to connect populations are most affected.

Jaguars have the most extensive range-wide conservation plan of any big cat, stretching from Mexico in the north to Argentina and Paraguay in the south. The Jaguar Corridor Initiative, launched and spearheaded by Panthera, seeks to connect jaguar populations across its range. Corridors allow jaguars to move between populations, increasing genetic diversity, reducing inbreeding, and helping ensure the long-term survival of the species. Deforestation in these vital big cat thoroughfares can isolate populations and lead to local population extinction.

The forests of Latin America are constantly changing, so an effective conservation plan for jaguars must adapt along with those changes. In our paper, we quantified the amount and rate of deforestation in jaguar core areas and corridors across the jaguar’s range. We found that jaguar corridors lost more forest than population core areas, but that annual deforestation in core areas was on the rise. 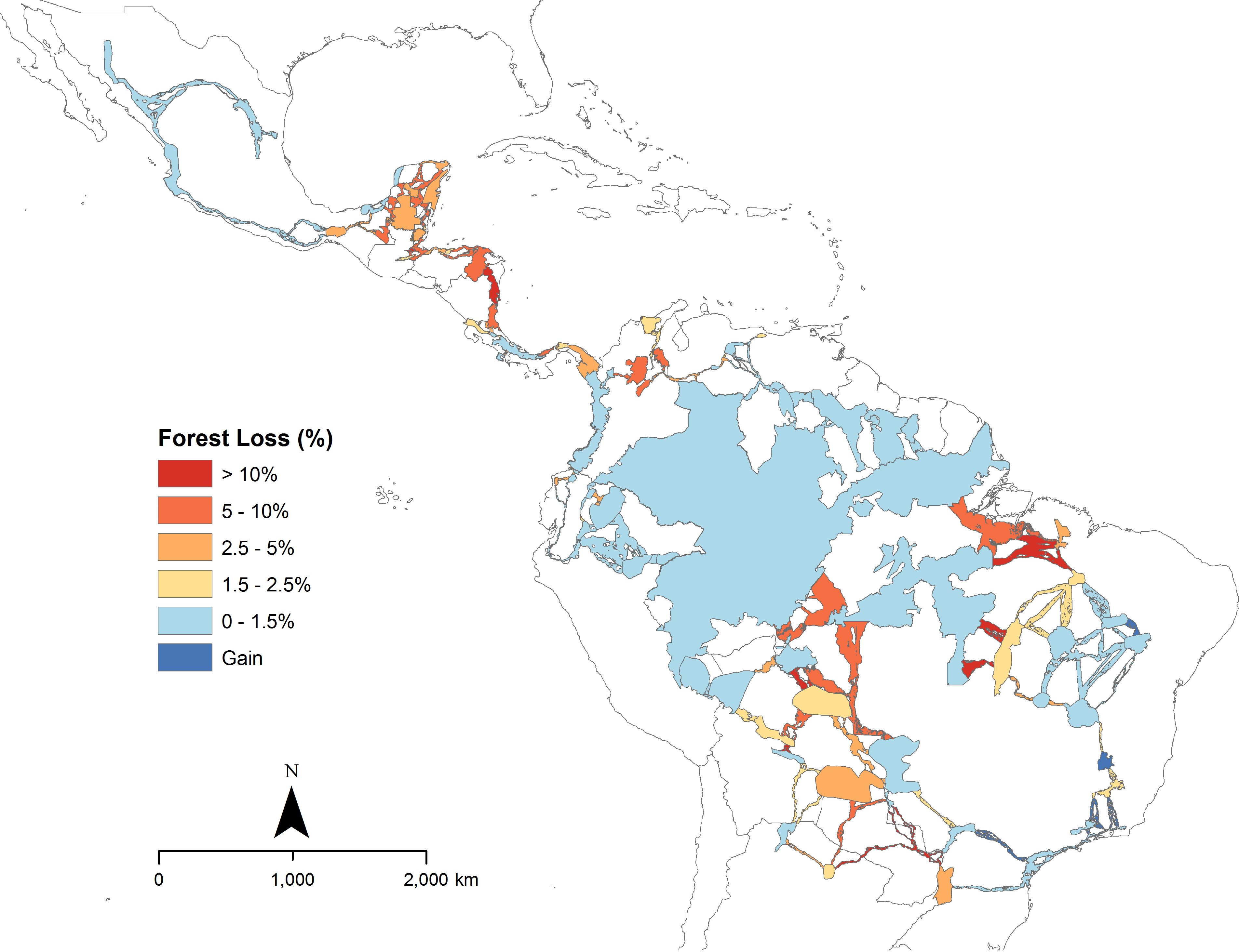 Many corridors in Central America were among the most heavily deforested. These corridors form a geographic bottleneck, where the loss of a single corridor could separate the northern populations from the rest of the network. In South America, the corridors in Paraguay, Argentina, and Brazil are the most threatened.

Protected areas form an essential part of any conservation plan and are vital to maintaining jaguar populations and corridors. Our research found that protected areas lost half as much forest as unprotected sections of jaguar habitat in South America.

Despite this, protected areas did not completely halt deforestation in jaguar habitat and are only part of the solution. Panthera and other conservation groups are working to engage local communities through education and outreach to promote sustainable land development, minimize human-jaguar conflict, and reduce overhunting of jaguar prey species.

Follow the Journey of the Jaguar, our scientists' adventure to secure the ancient path of the jaguar in Latin America. Learn more about the imperiled species here.