Picture Purrfect: The 22 Best Photos of 2022 from Panthera

Thanks to Panthera and partners, 2022 was a year of extraordinary progress in the fight to save wild cats and their habitats — from endangered tigers returning from the edge of extinction to promising signs of the recovery of some of the last 250 West African lions.

To celebrate the year's many successes, we are releasing our first annual Picture Purrfect list, a collection of the year’s best 22 images showcasing wild cats, the threats they face, the beautiful ecosystems they call home, challenges of life and conservation in the field and the courageous scientists and rangers working to protect them. Please enjoy! 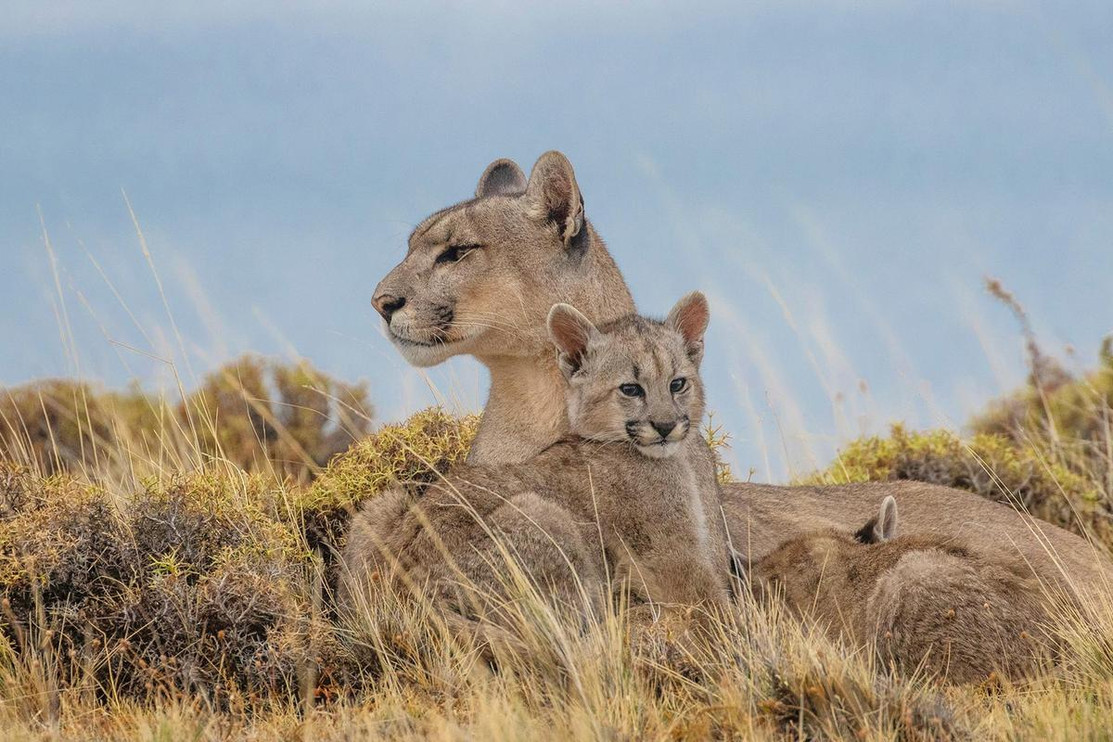 A female puma, surrounded by her kittens, ever on the lookout for prey in the Chilean Patagonia. Thanks to efforts of Panthera and partners, these kittens may be better protected from retaliation due to predation on local livestock. (Photo: Angela Ambrosini/Panthera) 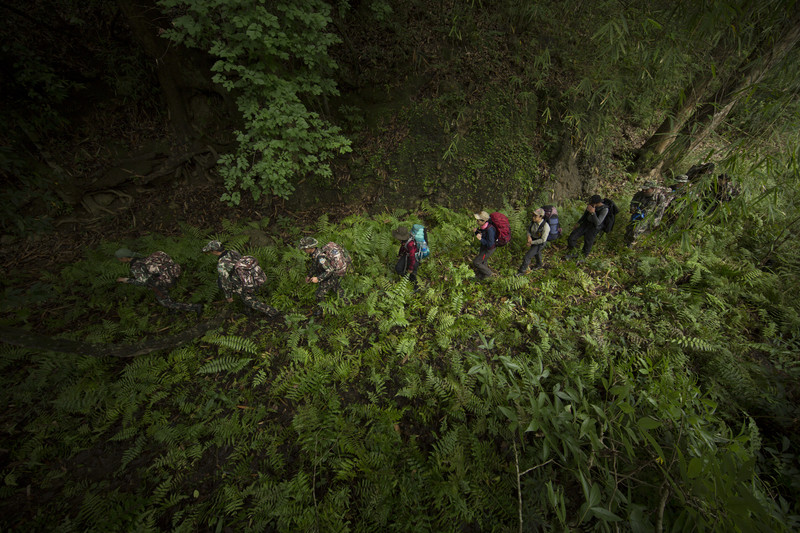 Wildlife rangers from Thailand's Department of National Parks, Wildlife and Plant Conservation and Panthera trek through dense undergrowth in Thailand. Their work is critical to protecting the country’s wildlife, including the rare Indochinese tiger. (Photo: DNP/Panthera) 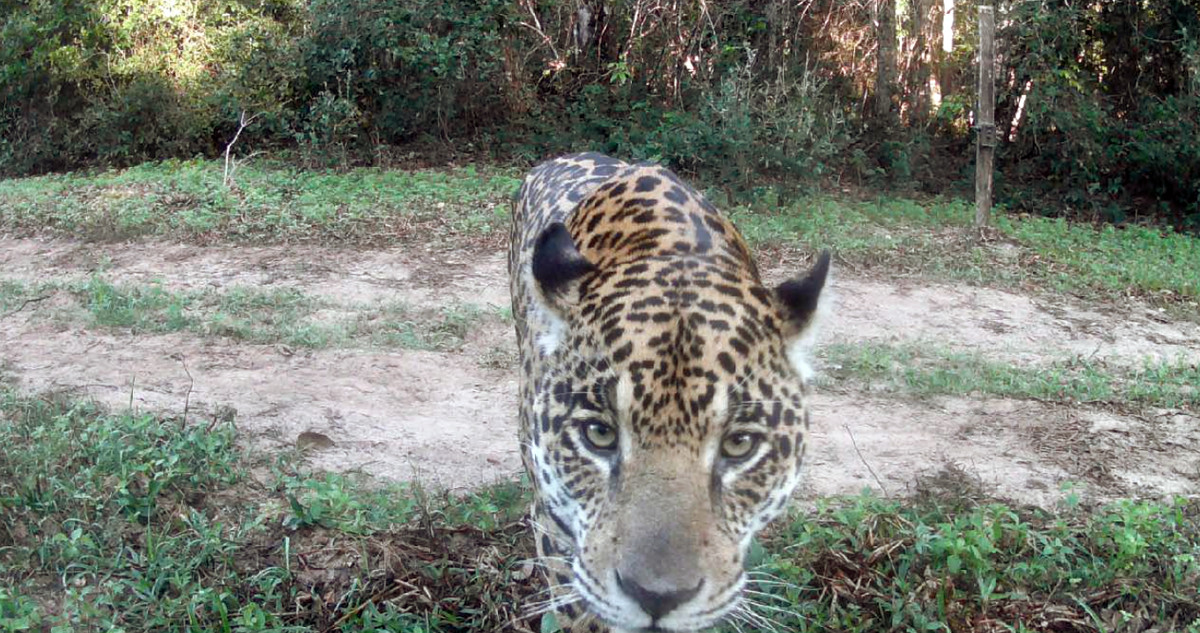 In the Brazilian Pantanal, our Jaguar Program focuses on human-cat conflict mitigation and ecotourism, which benefits the livelihoods of both local people and jaguars. One of these jaguars was spotted on a camera trap moments before it inspected the device. (Photo: Panthera) 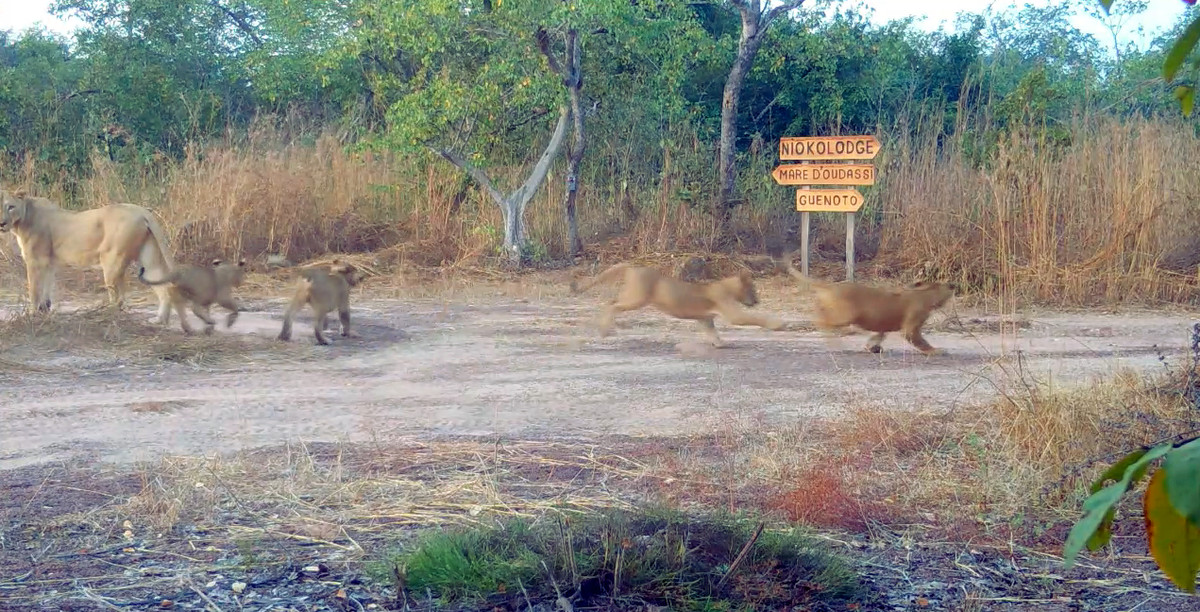 The first record in Senegal of a female West African lion with four cubs, documented in Niokolo Koba National Park (NKNP), where the subpopulation is Critically Endangered. Records like this would have been thought impossible a decade ago, but thanks to persistent anti-poaching operations and scientific monitoring from Senegal's Department of National Parks and Panthera, NKNP has more than doubled its lion population in a decade. (Photo: Panthera/Senegal DPN) 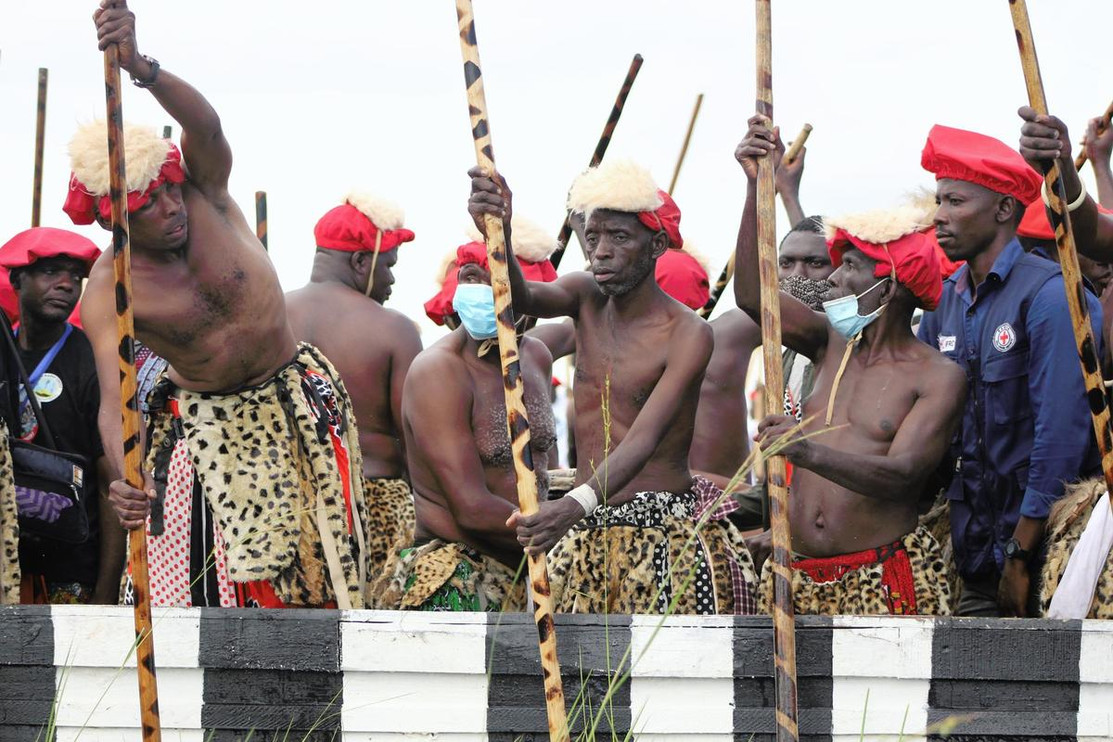 In Zambia, scores of leopards, lions and servals are killed for their furs, to be used in traditional garb. Panthera has partnered with the Barotse Royal Establishment to produce synthetic Heritage Furs, which were used at this year's Kuomboka Festival (pictured above), when His Majesty the King of the Lozi (Litunga) journeyed across the Zambezi floodplain to his summer palace. (Photo: Gareth Whittington-Jones/Panthera) 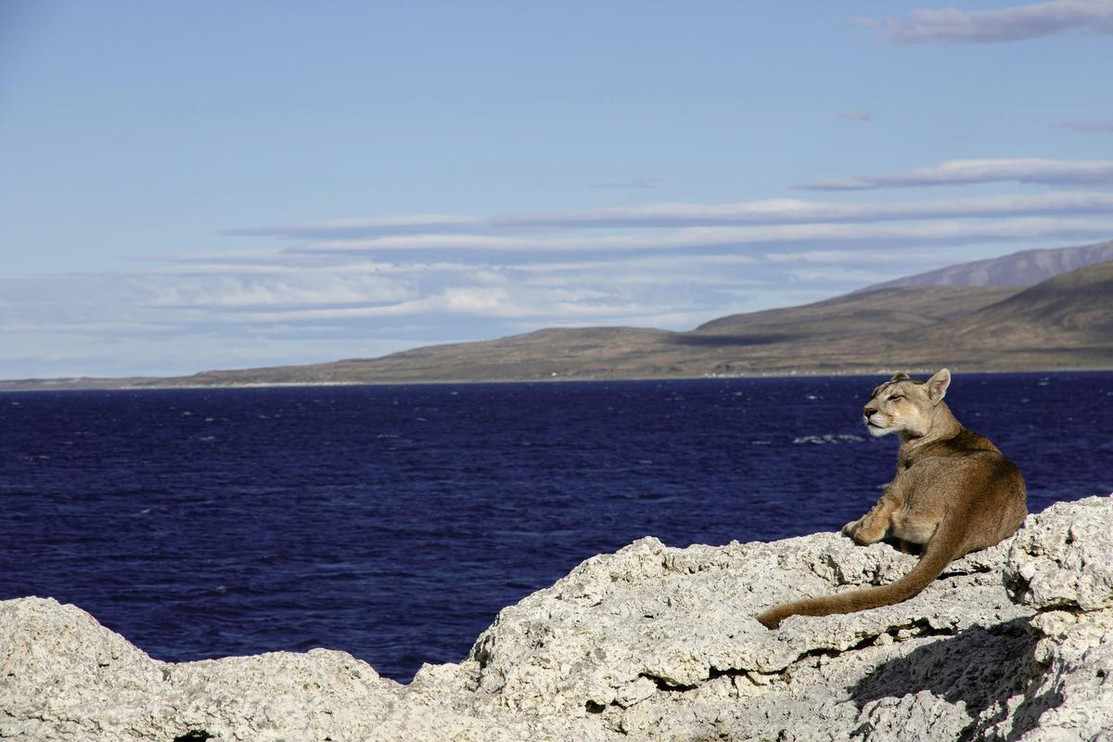 A puma rests on a rock where mountains meet the sea in the Chilean Patagonia. Panthera is working with communities in the region to increase coexistence with the big cat.  (Photo: Nicolás Lagos/Panthera) 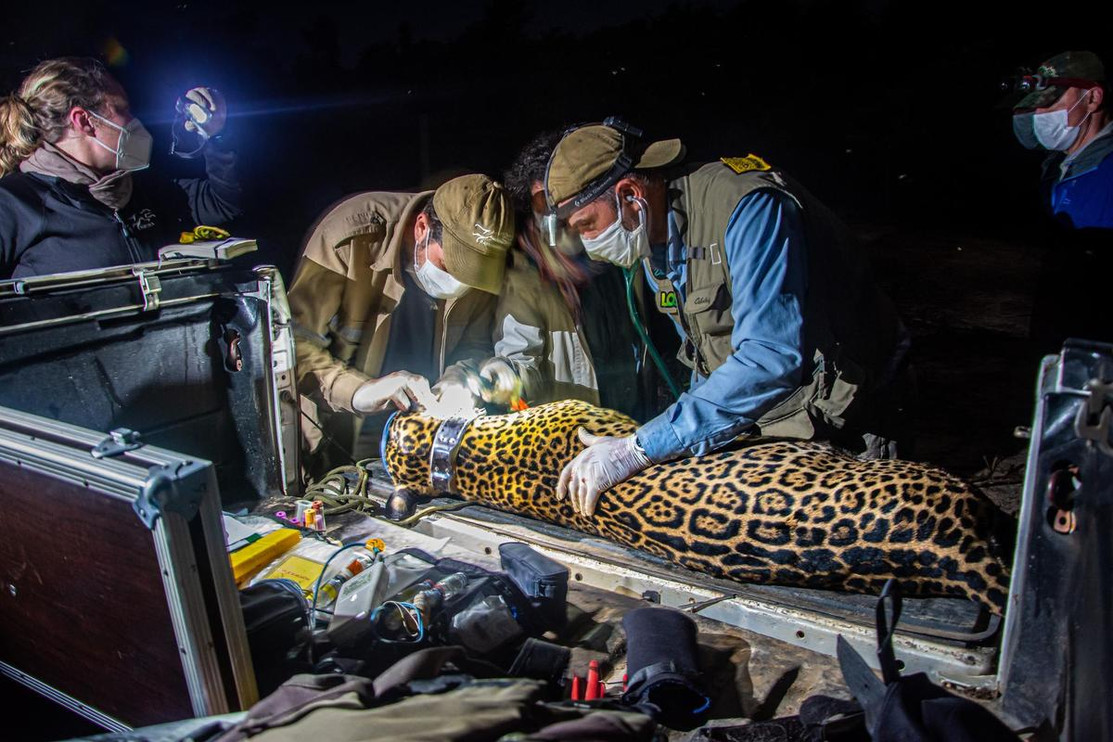 A two-year-old female jaguar nicknamed "Sophia" being collared in the Brazilian Pantanal in June 2022, weighing in at 55.3k. "Sophia" represents the first female to be collared as part of the Panthera Jaguar Program's long-term demographic study of jaguars throughout their range. (Photo: Wai-Ming Wong/Panthera) 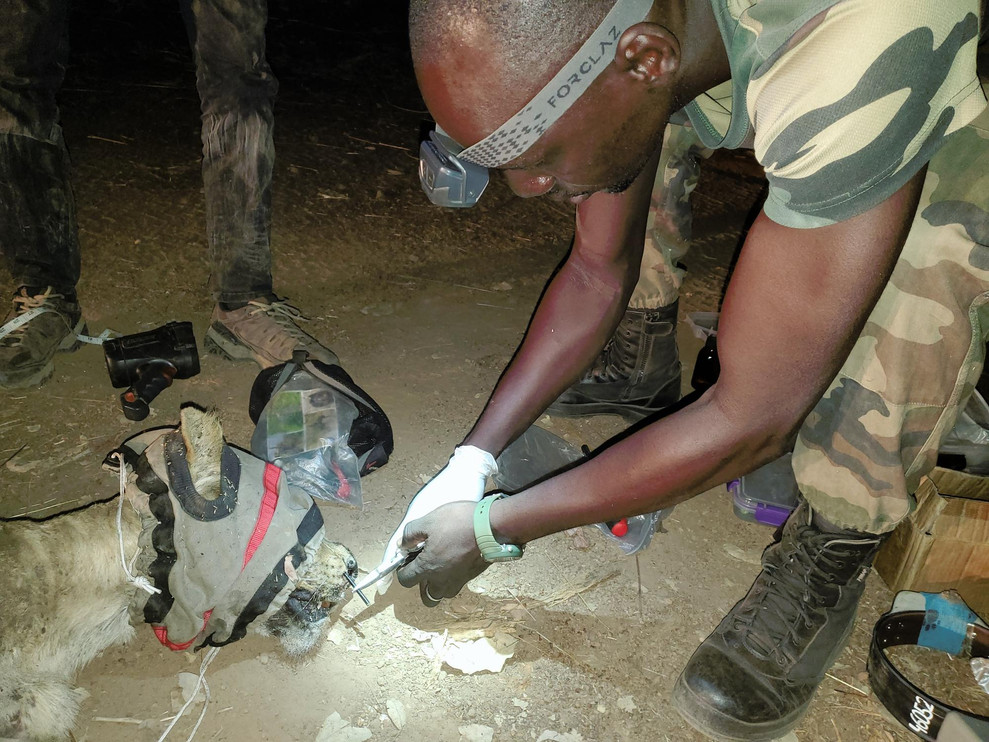 In Senegal’s Niokolo-Koba National Park, our scientists came across a young, Critically Endangered female West African lion with porcupine quills stuck in her face, which prevented the starving lioness from eating. The park’s veterinarian removed the quills, saving the life of a crucial individual for the population’s recovery. (Photo: Panthera/Senegal/Everatt) 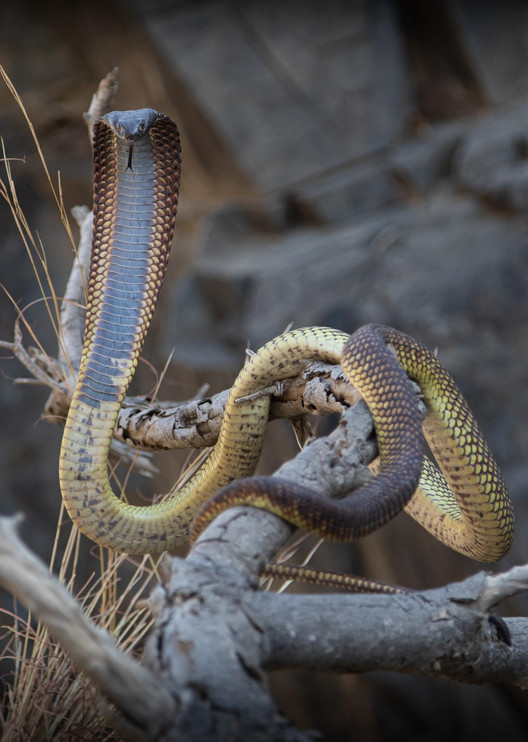 Cobras, like this one pictured, pose one of many challenges to our researchers working in Saudi Arabia, where we partner with the Royal Commission for AlUla to restore populations of Critically Endangered Arabian leopards. (Photo: Panthera) 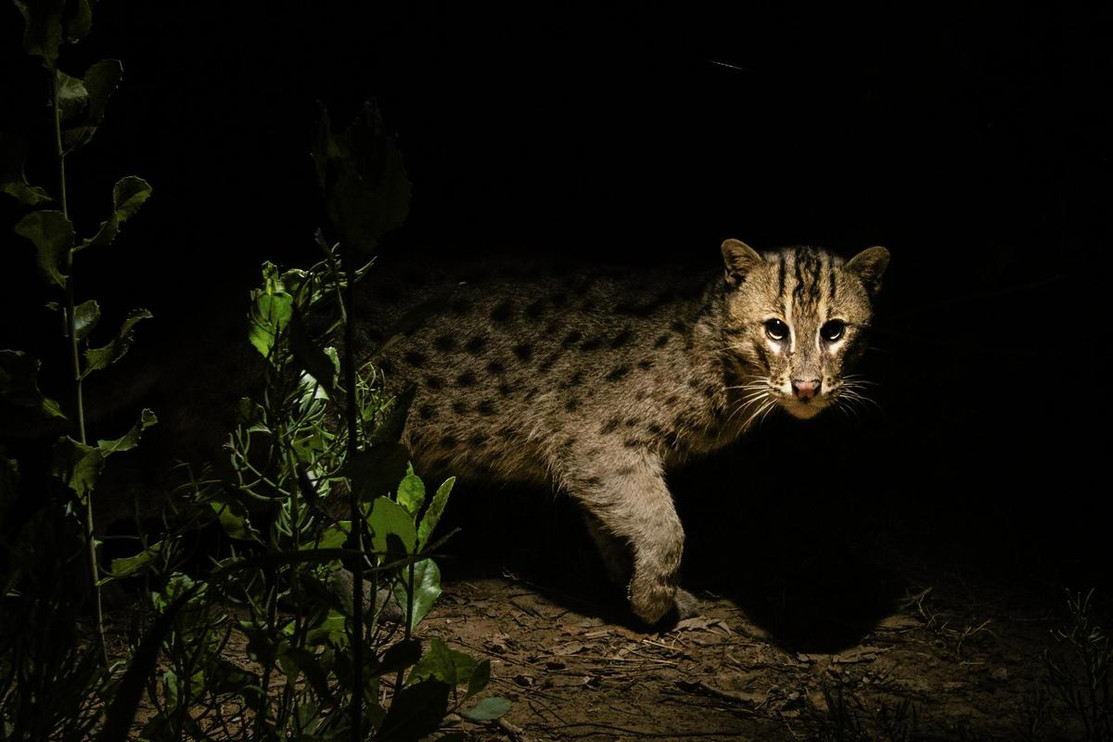 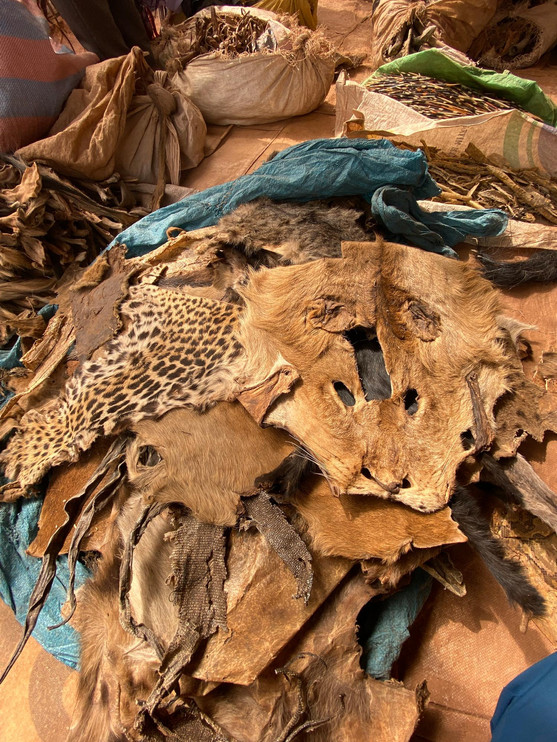 In Tamale, northern Ghana, wild animal skins, including those of leopards and lions, are sold in a marketplace. Poaching for this trade poses a serious threat to wild cat populations. (Photo: Marine Drouilly/Panthera) 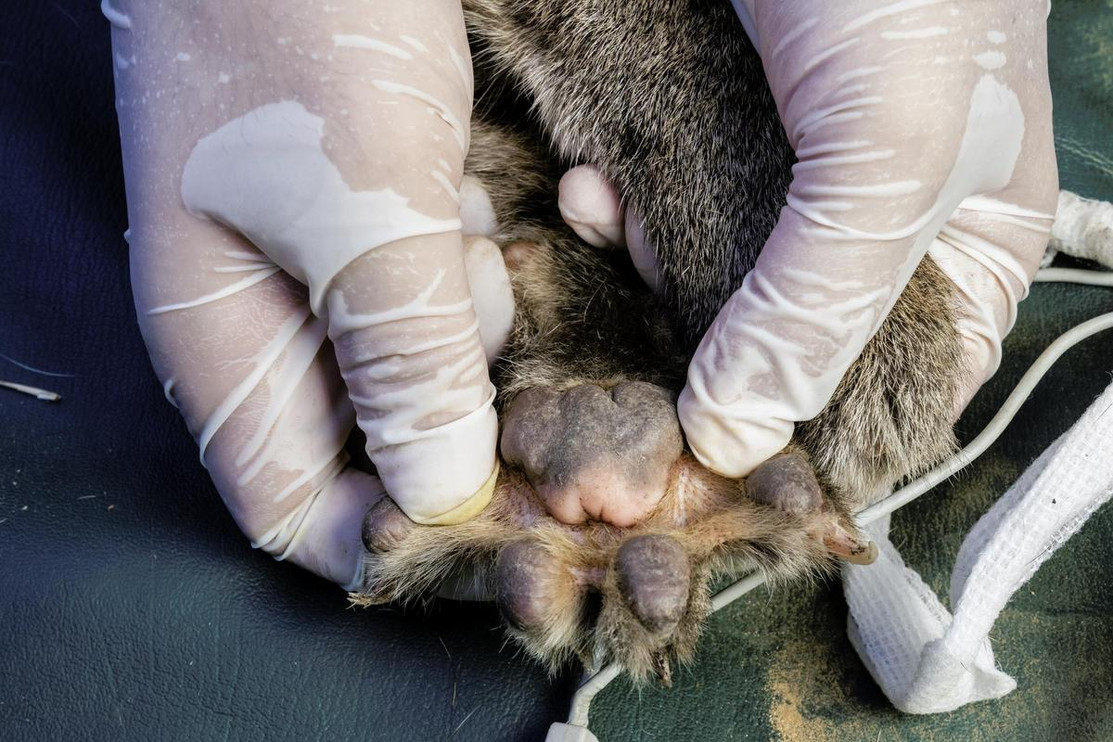 A scientist examines the webbed paw of a fishing cat in Khao Sam Roi Yot National Park in Thailand. This past year, our team collared fishing cats in this landscape to study the effects of habitat fragmentation on their livelihoods. (Photo: Sebastian Kennerknecht/Panthera) 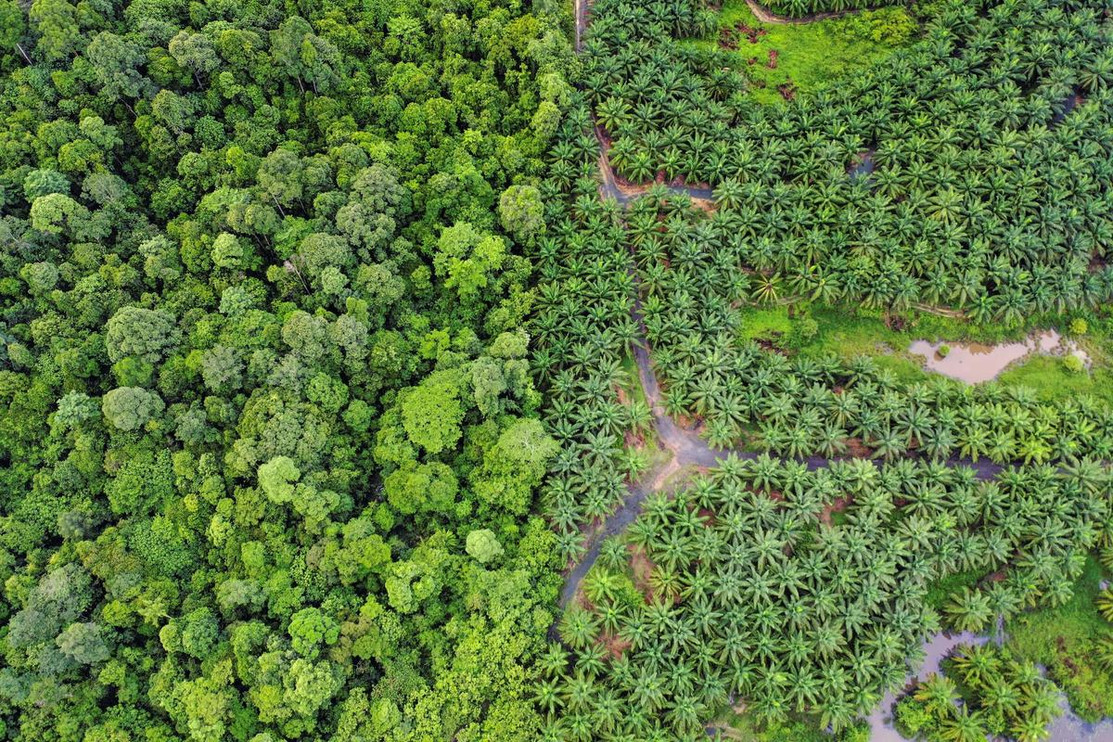 Wildlife depends on rainforest in Tangkulap Forest Reserve, Malaysian Borneo, right up to where it meets oil palm plantations. Habitat destruction in this landscape threatens the lives of wild cats including clouded leopards and the rare Borneo bay cat. (Photo: Sebastian Kennerknecht/Panthera) 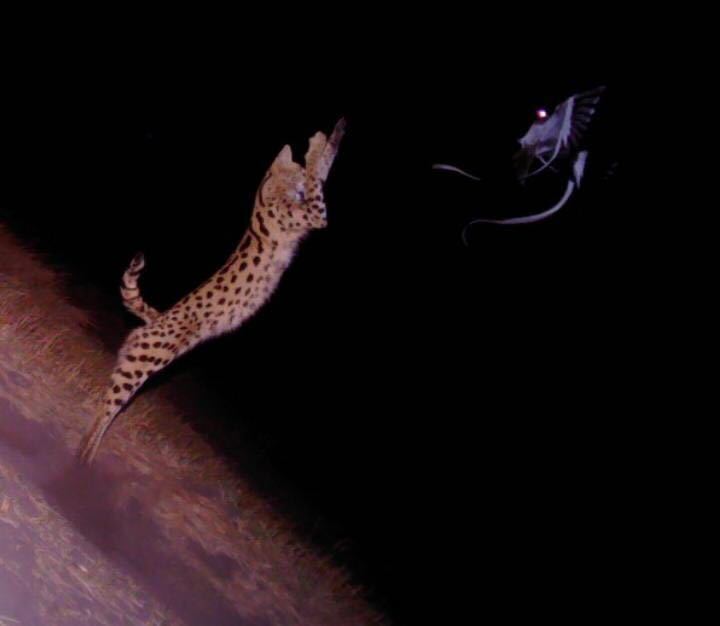 A serval springs into the air to catch its prey in Kafue National Park, Zambia. Panthera has 17 anti-poaching teams dedicated to preserving the wildlife of the park, which includes one of Africa’s most important lion populations. (Photo: Panthera) 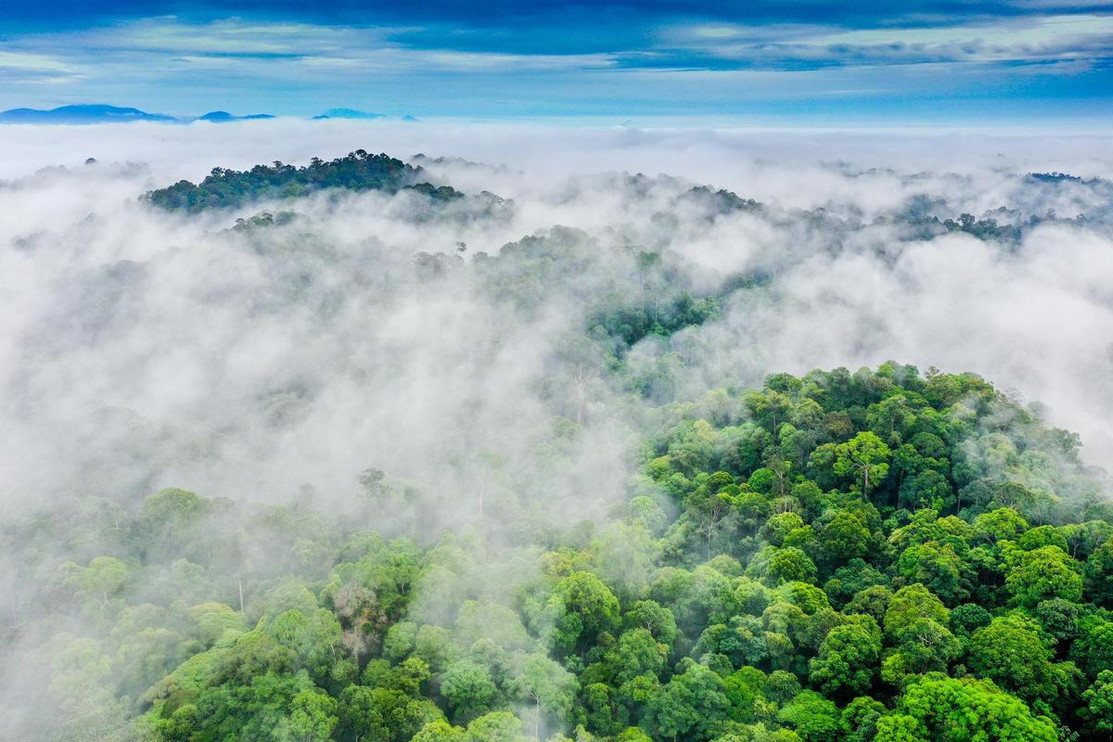 The dense, lush rainforest of Malaysian Borneo is home to a world of endangered creatures, including the flat-headed cat. Under these towering trees, Panthera conducts flat-headed cat surveys to better understand and monitor this threatened, little-understood felid. (Photo: Sebastian Kennerknecht/Panthera) 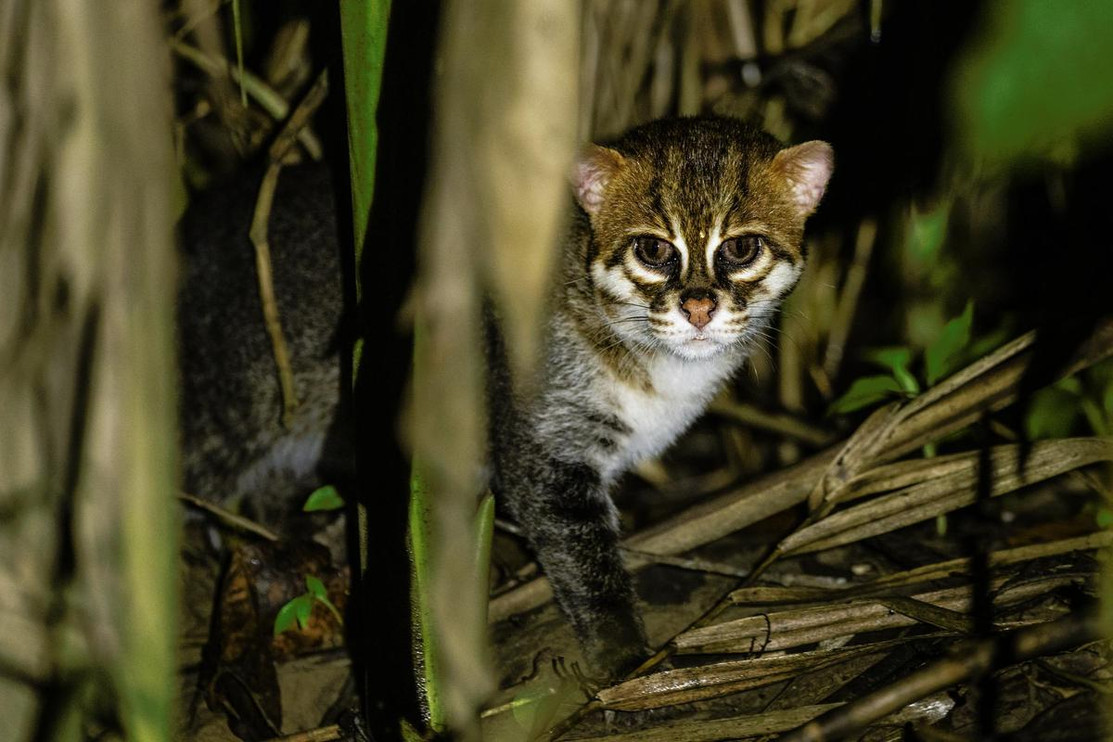 A flat-headed cat alongside the Kinabatangan River in Malaysian Borneo, providing a rare glimpse of a species shrouded in mystery. Scientists still know little about this species, who face risk from illegal trade and habitat destruction. (Photo: Sebastian Kennerknecht/Panthera) 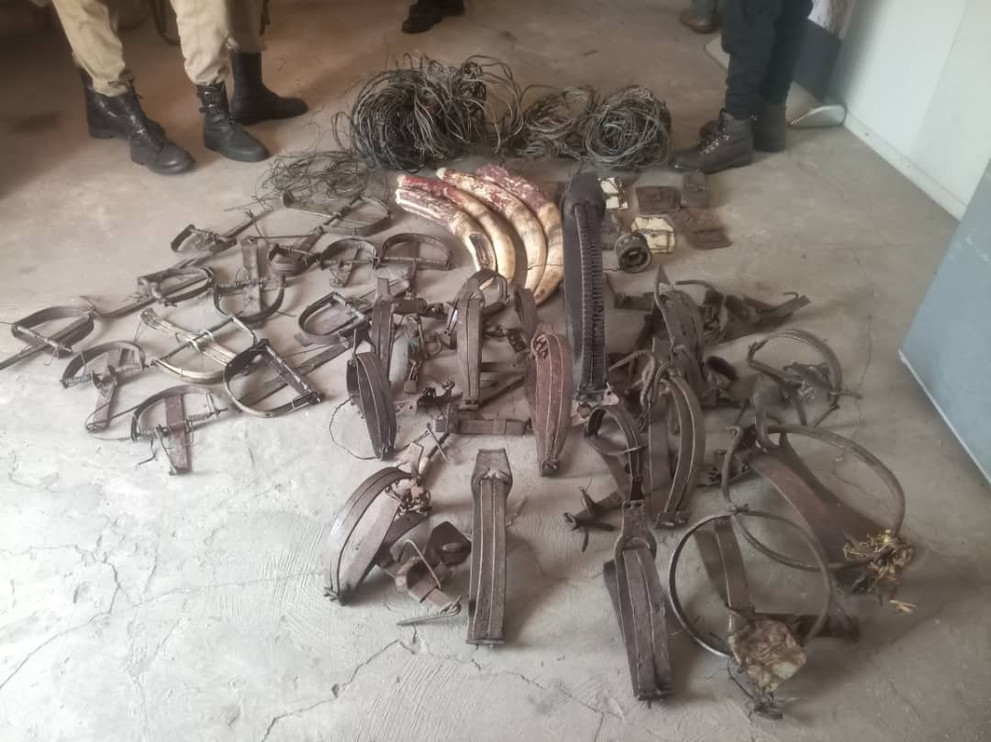 From Mexico to Brazil, Panthera studies one of the most iconic small cats of the Americas — the ocelot. This one, pictured in Brazil, was collared as part of a study that will provide insight into threats facing the species. (Photo: Steven Bobzien) 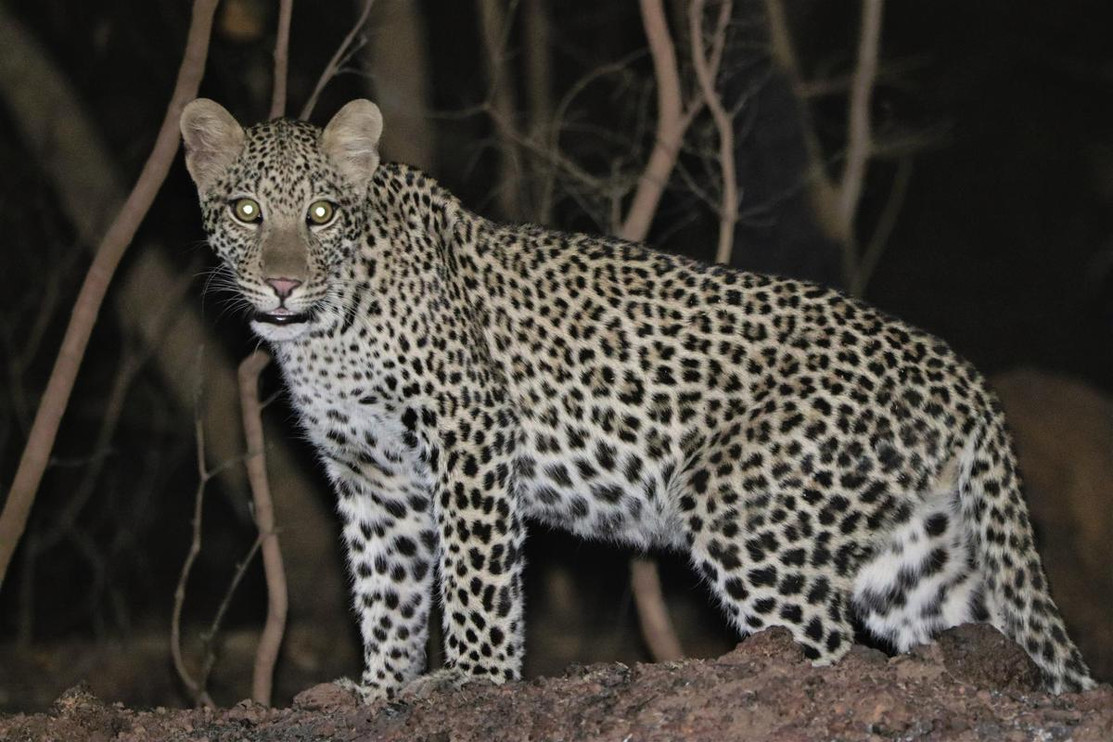 This leopard was photographed in Niokolo-Koba National Park, Senegal, which houses one of West Africa’s largest populations of this big cat species. Thanks to Panthera’s efforts to safeguard the Critically Endangered West African lion in the park, other wildlife like leopards — likely the most persecuted big cat species on Earth — are better protected. (Photo: Panthera/Senegal/Everatt) 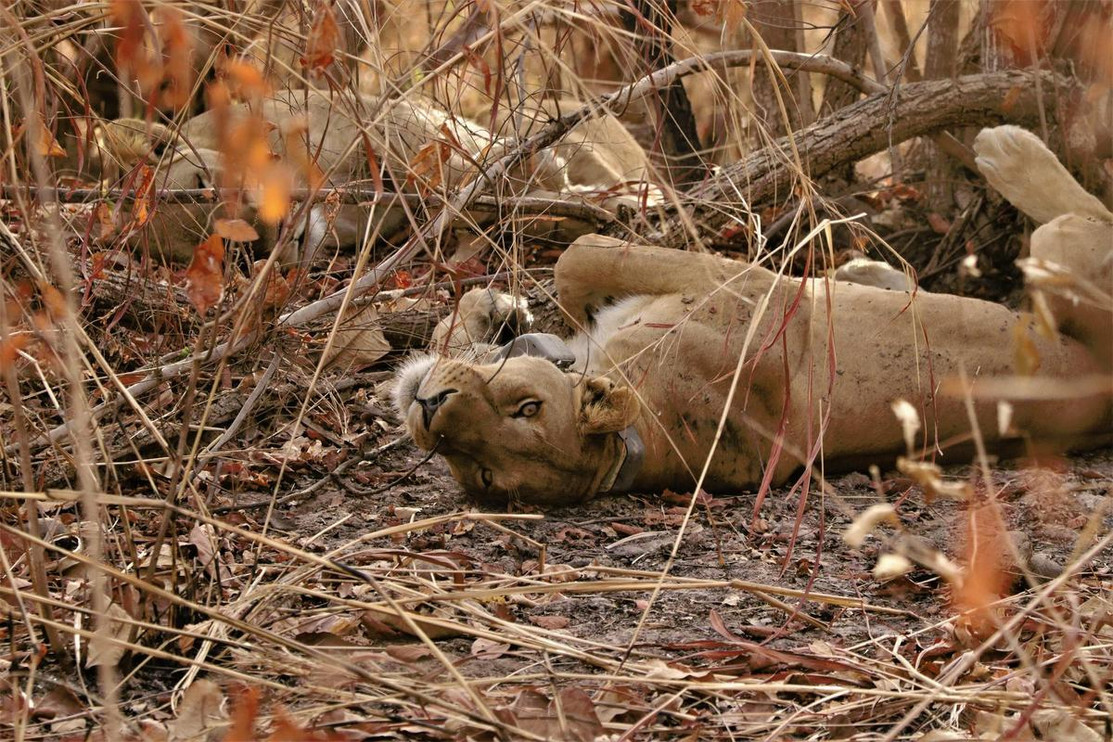 “Flo”, one of six lions our team collared in Niokolo-Koba National Park in Senegal, rolls on her back. This female lion helps make up the park’s largest lion pride, a shining ray of hope for the Critically Endangered West African lion. (Photo: Panthera/Senegal/Everatt) 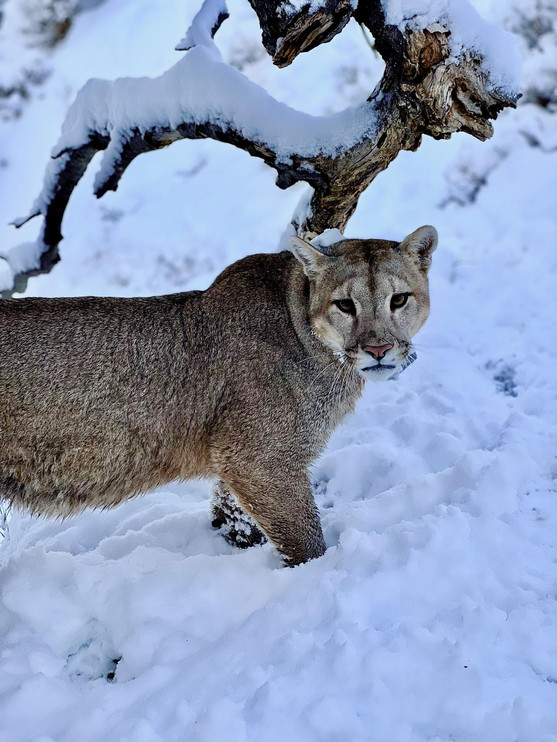 In the mountains of Chilean Patagonia, pumas face persecution due to cat-livestock conflict. This puma was the first we collared in the region in 2022, in order to collect critical data to better protect this species. (Photo: Caitlin Kupar/Panthera) 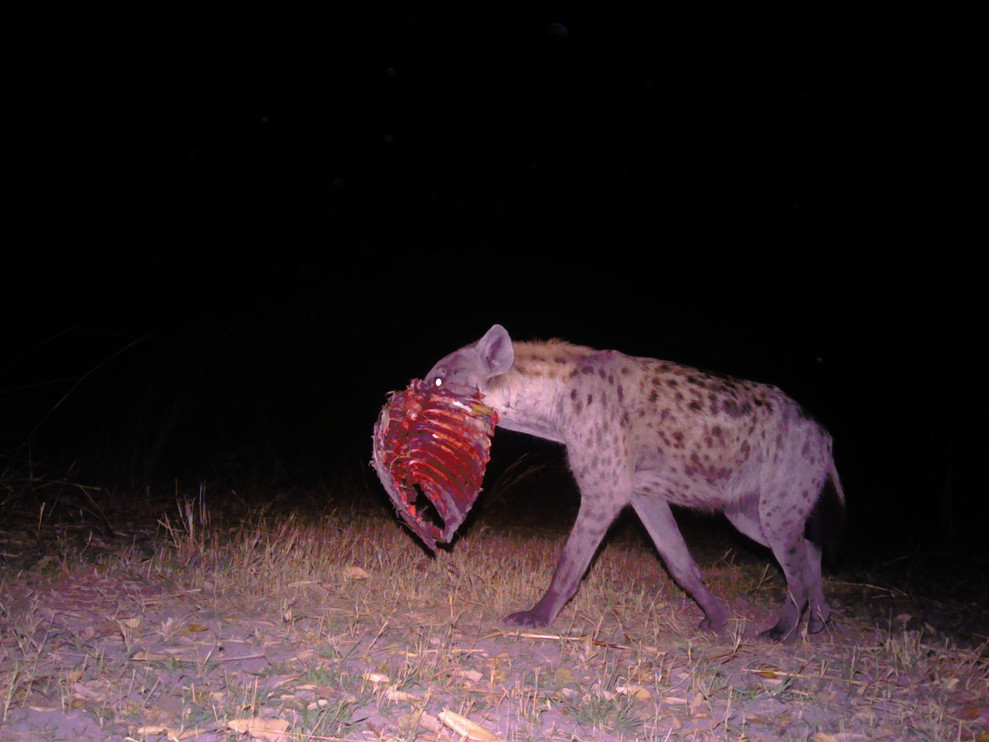 Learn more in this article from My Modern Met.