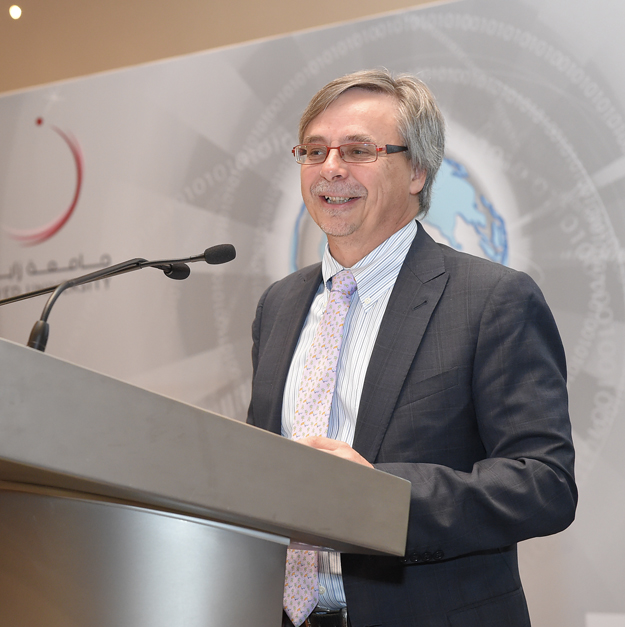 Frederic Launay, Ph.D., currently serves as Chief Executive Officer (CEO) of the nonprofit organization Panthera, which is devoted to the conservation of the world’s 40 species of wild cats and the vast ecosystems they inhabit. He began his career as a wildlife biologist in France, moving to Abu Dhabi in 1993 to establish the National Avian Research Center, where he contributed to the conservation of the Houbara bustard.

Launay has held several other positions in conservation. Before coming to Panthera, he was the Director General of the Mohamed bin Zayed Species Conservation Fund from 2008 to 2017. He has also been both a Steering Committee Member of the IUCN and the Chair of the IUCN/SSC Reintroduction Specialist Group. Additionally, he was the biodiversity expert on the UNESCO World Heritage Site Committee and a Board Member of the Sahara Conservation Fund. Before that, he was CEO of the Al Ain Wildlife Park and Resort in the U.A.E. Dr. Launay was also instrumental in progressing Abu Dhabi’s Environment Research and Wildlife Development Agency (now Environment Agency – Abu Dhabi).

In addition to his work with Panthera, Launay is also an Advisor to the IUCN President, a Board Member of the Mohamed bin Zayed Species Conservation Fund and a Trustee of the Arabian Leopard Conservation Fund. Launay received his Ph.D. from the Université de Rennes in 1993. When not helping protect wild cats and other wildlife, his hobbies include motorbiking.