In the first installment of a brand-new series, videographer and storyteller Brandon Thompson shares his incredible journey through jaguar territory in Belize. Brandon and cinematographer Gabriel Noguez documented the efforts of Belizeans Dr. Elma Kay, Omar Figuero, and a coalition of local and international partners (including Panthera) to protect an area critical for jaguars in Belize known as the Maya Forest Corridor. 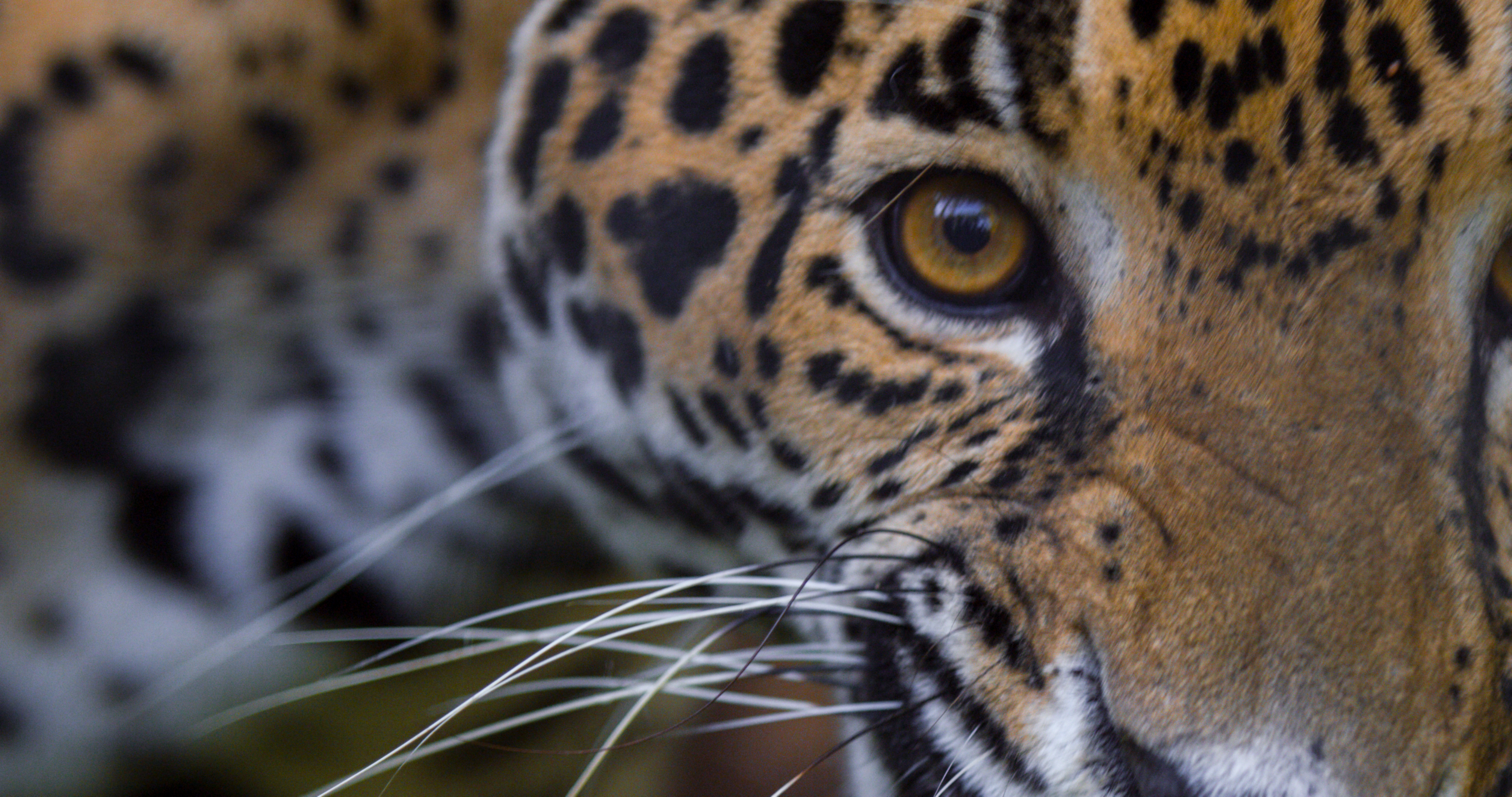 She’s a university professor and ecologist, small in stature but grand in her love for the countryside here, the soil of which has been turned by earthmovers and jagged with splintered wood. We’ve come to a stretch of deforested land outside Belmopan, the second-largest city in Belize. A snarl of dead trees bisects the field, awaiting fire, while further south, smoke rises from already burning piles of slash. Dr. Kay seeks the bright side: “This is small, this is only 3,400 acres. Imagine what 20,000 acres looks like.” She’s referring to the huge block of forest cleared for a Santander sugar cane plantation north of Belmopan, in 2015. Either way, it’s a lot of land for the small area of central Belize, only 60 miles wide.

For hundreds of years, mahogany harvesting for European furniture and shipbuilding made the British colony of Belize (then called British Honduras) profitable. It was only in the mid-20th century that agriculture exports eclipsed hardwood. Sugarcane has been especially lucrative and the past few years have seen record harvests. Our satellite maps and drone footage confirm this: the formerly green submontane forests and pine savannas along the Belize River are now quilted with destruction. Canals dredged, wetlands drained, clear-cut forests replaced with the green but sterile lines of monoculture. Indeed, from space, Belize’s western border with Guatemala can be clearly delineated: much of Belize’s forests are still intact, while Guatemala’s are in patches.

Says Dr. Howard Quigley, Director of Panthera’s Jaguar Program, and a companion today on our journey: “Two decades ago, there was a huge forest that stretched from eastern Guatemala through the middle of Belize. Now, most of that forest is gone.” Conservation efforts of the last several decades have protected some of the northern and northwestern forests, and these precious forests funnel southward to a bottleneck here in central Belize. A dour Howard regards the wasteland: “The forest used to be fifty miles wide. Now it’s five miles wide.”

In a year’s time, these black fields will be planted with sugar cane, to be threshed and sold on global markets, at a bulk price to the highest bidder. A good short-term cash influx, but is it sustainable?

“We’ve got to eat, we’ve got to have jobs. But it’s too cheap a price to be paid for our forests,” Dr. Kay insists. The forests maintain the watershed value of central Belize, recycle nutrients, provide a buffer for temperature cycles, the list goes on and on. Recent declines in the world’s sugar market and record droughts in central Belize have shown development like this to be a double-edged sword. The next statement is one of Dr. Kay’s credos: “Even though agriculture and forest conservation seem to be at odds, at the end of the day, it really is important for us to have those two things connected.” 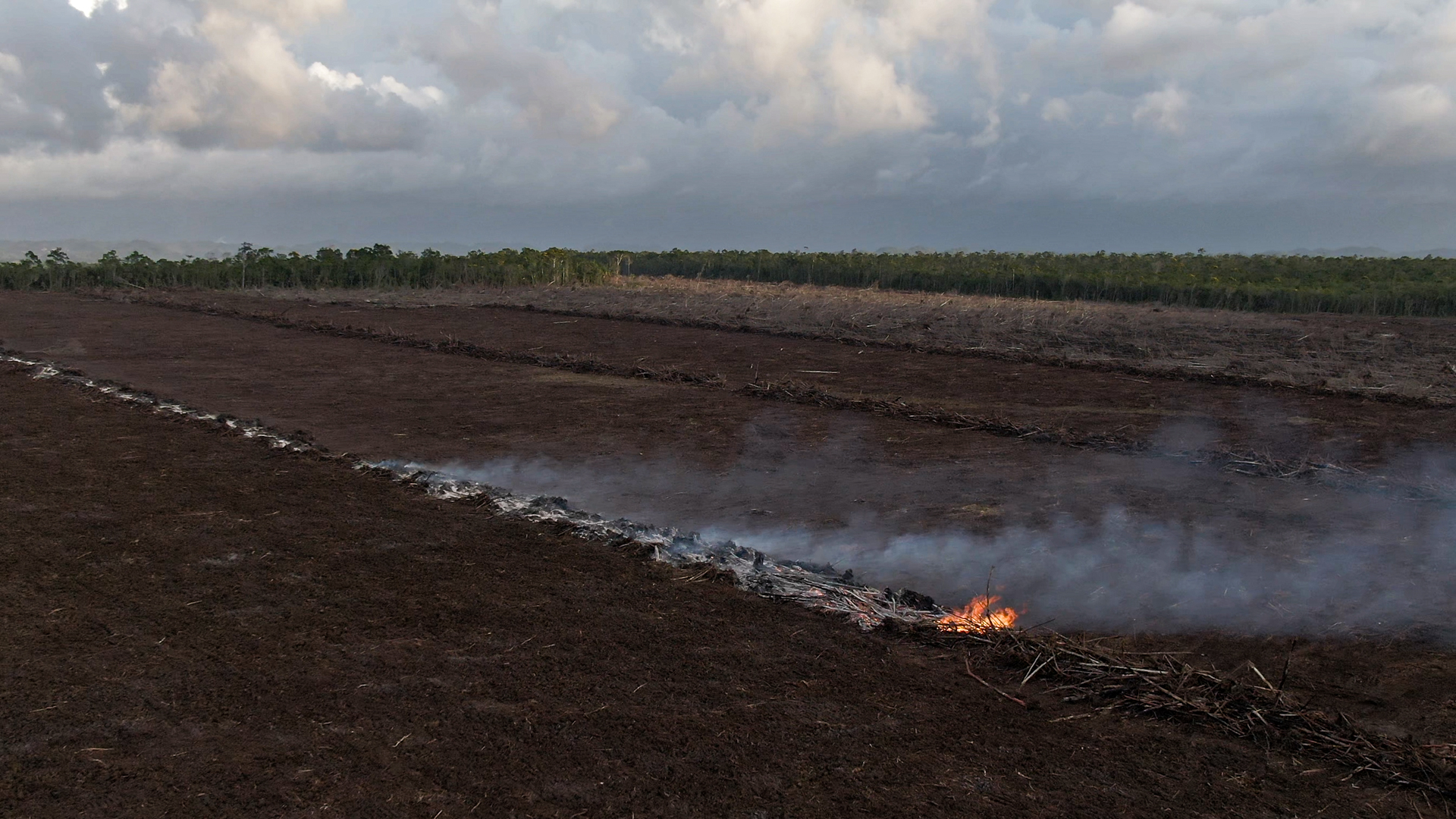 The next day, we sit in on the final session of Dr. Kay’s Tropical Forest Ecology and Management class at the University of Belize. Her students comprise a representative sample, a snapshot of Belize’s incredible diversity. Here is a respect for knowledge rarely seen in more affluent universities. Like Elma, the employment these students hope to gain—as foresters, game managers, researchers and professors—may keep them from the cane fields and refineries. In a small country like Belize, the work they do will surely have real and meaningful impact.

The talk this morning centers around “corridors.” Behind the bland label is a revolution in conservation thinking decades in the making, described by Panthera’s founder Dr. Alan Rabinowitz in his book, An Indomitable Beast: The Remarkable Journey of the Jaguar. 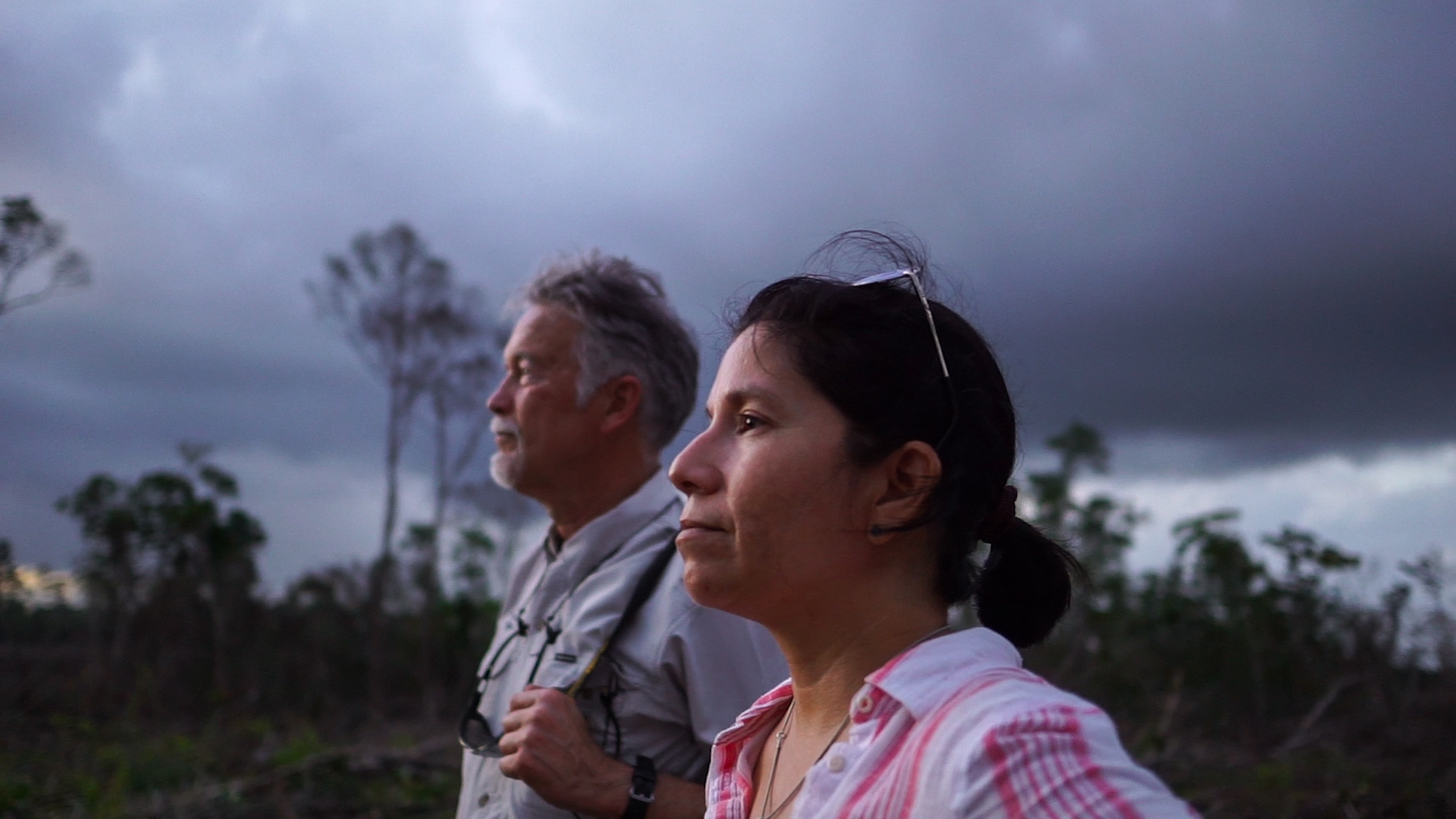 For any animal species, genetic diversity is the linchpin to long-term survival, allowing adaptation in the face of ever-changing environmental pressures. This diversity, in turn, requires large gene pools, which is especially difficult for big cats because of their naturally low density on the landscape. Thankfully, in the case of the jaguar, these large populations are still with us. Unlike the lion, the tiger, and so many other cat species, the jaguar is doing reasonably well—a fact that puzzled Rabinowitz, early in his career. Indeed, at a conference in 1999, Rabinowitz and fellow researchers were able to identify 51 viable jaguar populations throughout the Americas. These populations, called Jaguar Conservation Units (JCU’s), were to be found in the Amazon of Brazil and Peru, in the Yucatan of Mexico and Guatemala, and here in Belize, in the Cockscomb Basin of the Maya Mountains.

The JCU’s need to be conserved and protected; no one argues that. But another threat looms. As human development increases, these jaguar populations risk becoming isolated from each other, becoming, in essence, islands. And with the isolation of any population comes a phenomenon well-known to biologists: inbreeding and emergence of detrimental recessive genes, and eventual extinction. 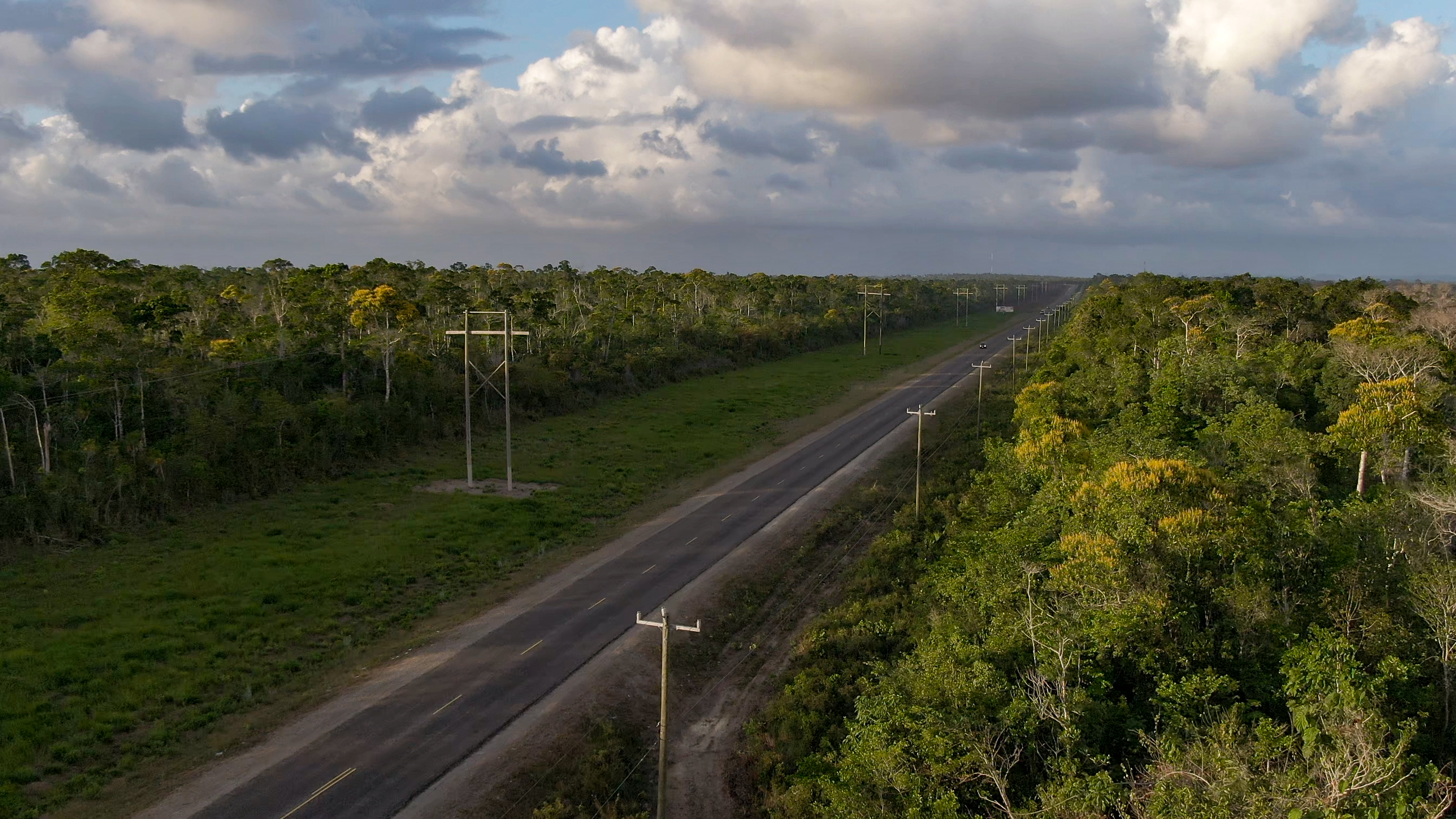 The phenomenon hit home for Rabinowitz when, at the same 1999 conference, a paper on the genetic makeup of jaguars showed that, rather than being composed of a number of different subspecies, jaguar populations throughout the Americas were, in fact, the same species. The implications were astounding: jaguars were moving and connecting and breeding among their various populations, all along a 5,000 mile stretch from Patagonia to the deserts of New Mexico and Arizona, and had been doing so for millennia. It was a light-bulb moment for Alan: connectivity was the key to the jaguar’s incredible resilience, and it showed a way forward for conservation efforts in the future.

We needed to develop and implement a conservation plan and conservation priorities at a scale commensurate with the functionality of the species over the full extent of the jaguar's geographic range.

In addition to protecting large forests with intact ecosystems, conservation efforts should focus on the critical corridors between them. Indeed, Rabinowitz noted, jaguars had already identified the most viable corridor areas, and it was the job of the scientists to identify these corridors so that limited conservation resources could be put to best use. The culmination of this effort was a 2011 paper by Rabinowitz and Kathy Zeller, outlining a range-wide conservation strategy for the jaguar. 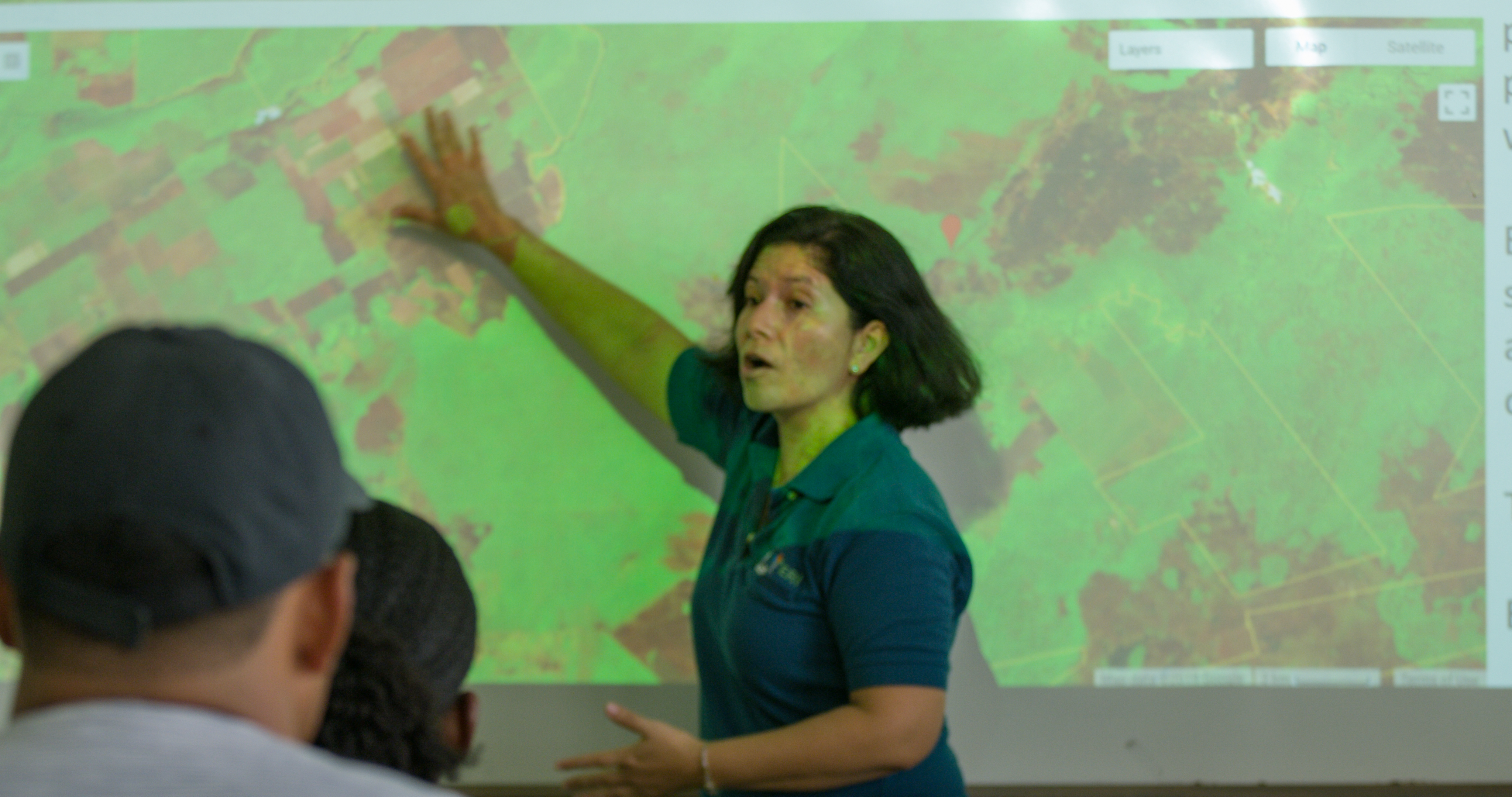 Today’s class is coming to an end, as Elma delivers the crux: we’re standing inside a corridor right now. It’s called the Maya Forest Corridor. This 5-mile wide strip of wetland and pine savannah connects the jaguar populations of the Maya Mountains of southern Belize with those of the Selva Maya (and eventually, the Yucatan) to the north. And it’s under urgent threat. Without this corridor, jaguar populations in Belize, and even outside of it, could face extinction. That’s why Panthera is dedicated to preserving this precious connection.

Stay tuned for more on preserving the Maya Forest Corridor and the next part of my journey through the Jaguar Corridor of Belize.